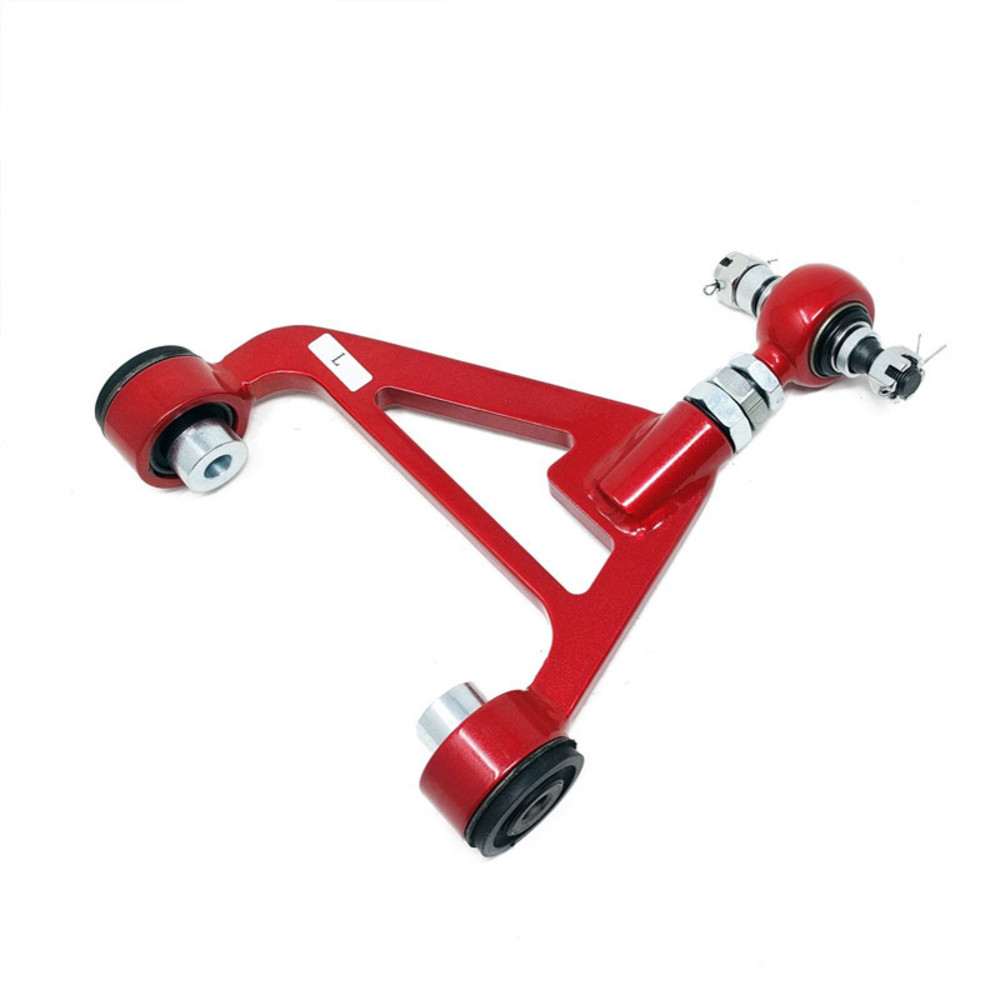 Lowering a vehicle will often take it out of OEM alignment specification. A large majority of OEM suspension components do not have any camber adjustment. An out of spec alignment can cause poor handling characteristics and even premature uneven tire wear.

Designed for the Honda S2000, this kit will help your lowered car not only drive better, but your tires will last much longer as well. This is also perfect for the people who race their S2000 on the circuit. You would want at least -2.5 degrees of camber which cannot be achieved without our arms since it is past the range of the OEM bolts. Godspeed's Camber Kits are designed to be reliable for daily driving yet strong enough for high performance and race use.

NOTE: Vehicle wheel alignment is recommended after installation of any suspension parts.

FOR OFF ROAD USE ONLY! PARTS ARE INTENDED FOR RACING VEHICLES WHICH NEVER MAY BE USED ON A PUBLIC ROAD.

Disclaimer: Do Not Adjust Outside of Recommended Specifications. May Cause Damage to Parts or Vehicle. Will Void Warranty.

Already own this item? Review it here